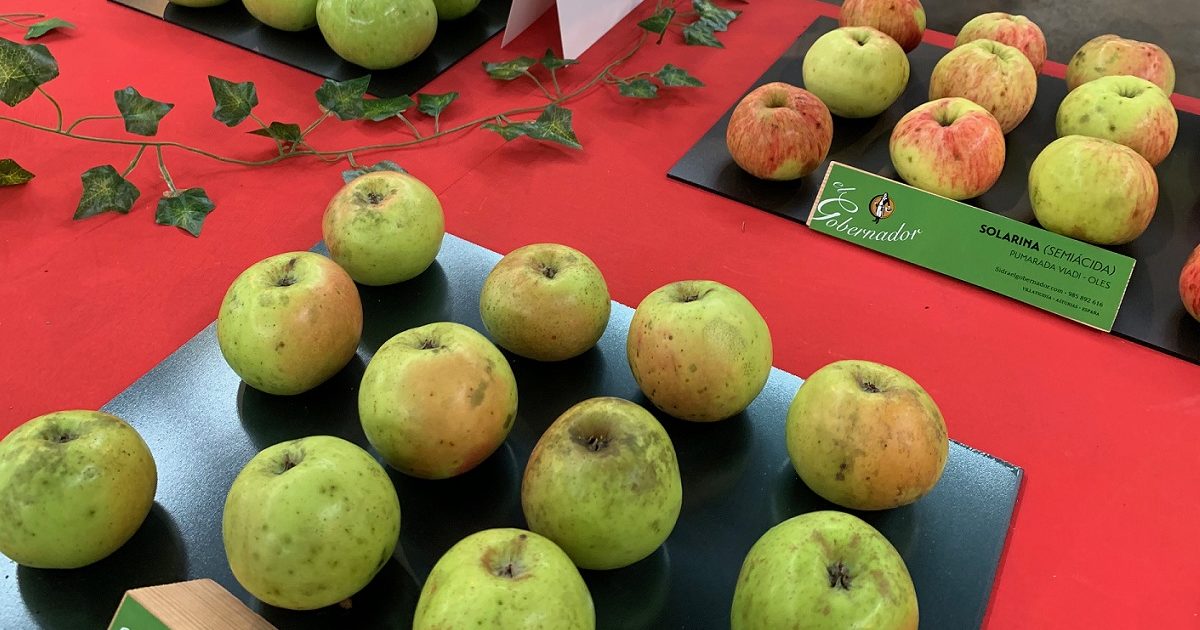 Prizes were awarded to table and cider varieties, those assigned to the PDO, the ecological ones and the apple orchards.

THE CIDER.- Around 500 lots wanted to participate in the Table and Cider Apple Villaviciosa Contest, that is, twice the limit that was admitted to the contest, so the intention of participation of the Asturian producers doubled. In total, about 3,000 fruits were displayed in the local food market, among which the winners of the festival that took place this weekend came out. In total, nineteen Asturian producers participated in this edition.

Thus, as regards apples of varieties attached to the PDO, the winners were: Valle, Ballina and Fernández de Villaviciosa in the first place, Hermanos Martínez de Xixón, in second; and Rafael Fernández-Peña de Uviéu, in third.

Regarding the category, ‘conservation of cider varieties in general’, the gold went to Luz María Muñiz de Xixón, the silver to Elías Carneado of the town and the bronze to Franciso Foncueva de Sariegu.

On the other hand, in the field of the plantations, the one of Environmental Assistant of Siero was considered the best of all the apple trees of Asturies, followed by those of Igor Ferreras Castillo de Villaviciosa and that of Álvaro Juan Menéndez de la villa

The jury was composed of SERIDA technicians Juan Carlos García and Moisés Fernández; and the technical engineer of the City Council Manolo Blanco.