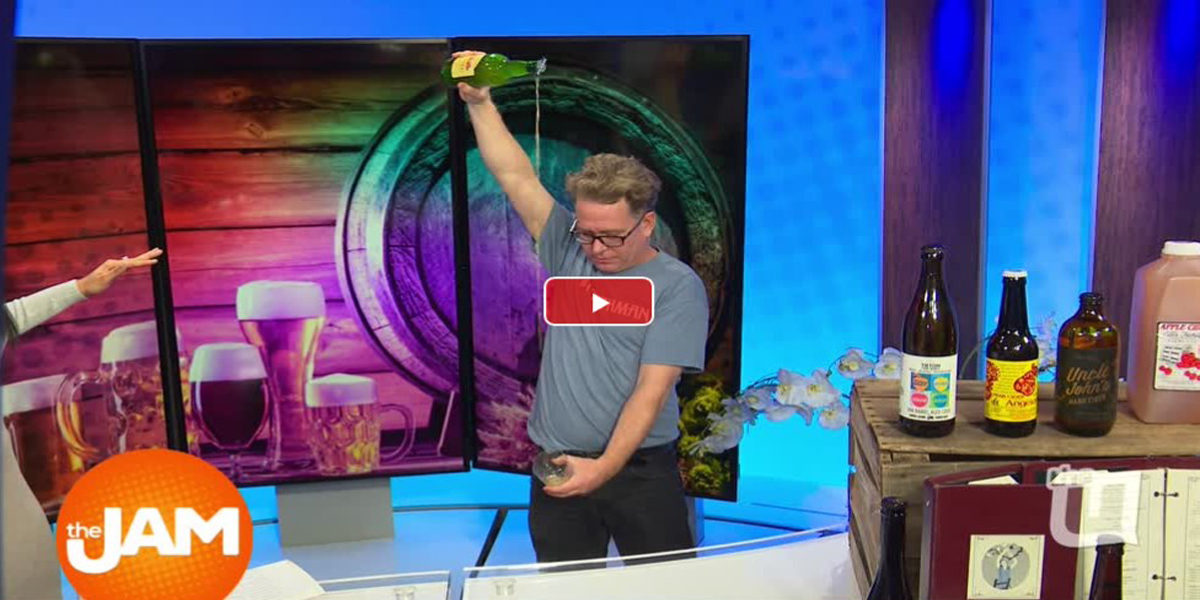 The event was held on Saturday with the presentation of ciders from all over the world.

LA SIDRA.- The Jam, a morning show in the independent television station WCIU in Chicago, has interviewed Brian Rutzen, the Northman’s cider director to talk about the Chicago Cider Summit.

Asked about the type of beverage cider is, and if it is similar to beer, he explained the way it is fermented and that cider making processes are closely related to wine.

Then he commented that the Northman, first cider bar in Chicago, was opened two years ago and they sell about 120 different ciders from around the world.

And then he got into the Cider Summit issue: a cider event divided in two sessions (from 11 a.m. to 3 p.m. and from 4 p.m. to 8 p.m.) held at Navy Pier on Saturday 17th February, with the participation of about 200 ciders from all over the world.

He said it was a great opportunity to try new ciders, as tastings were included, and see and buy cider brands which are not usually available in the country.

Then, the presenters start tasting some cider samples: old-aged, English perry, blueberry and French cider. And finally, to top it all off, he presented Asturian cider.

Brian Rutzen, with cider Riestra right in front of him during the whole interview, ended up by taking the bottle and pouring cider in our traditional way, to everyone’s surprise and delight.

The ciders presented on Table 11 at the Summit were:

Cider at the Botanical Gardens