The second place was for Nora Poladura and the third one was for José Luis Cortinaand the fourth for Luis Pando.

LA SIDRA.- On last Sunday 20th of August took place the XII Villaviciosa’s Homemade Cider Contest in Plaza’l Güevu. The event dtarted at 12 h. Then all the 14 stands were prepared and there for only 3 € people was able to purchase the cider glass and taste all the ciders presented to the contest: 77 in total. The jury was composed by Froilán Sánchez, Mariluz Suárez, Jorge García –president–, Yolanda González and José Manuel Cabeza.

For more than two hours the jury tasted the twelve finalist ciders poured by Guti “el de La Ballera”. After two rounds the first results were made public, leaving as clear winner a cider with 57 points, second and third tied at 54 and also sixth to tenth, tied at 48 points. This made necessary more rounds to filter the awarded ones and the complete classification.

Alba Labrador from Argüeru got the first place. The ciders by Nora Poladura and José Luis Cortina got the second and third places respectively and Luis  Pandogot the fourth one. The first place was awarded with 400 € and 5000 corks. The second got 200 € and a cider pouring machine. The third one got 100 € and the fourth 50. All the awarded ones from the first to the twelfth were given a trophy, diloma and a dinner for two people. Likewise the first three ones were selected to participate in the finals of Asturies Homemade Cider Championship, to be held in Villaviciosa in October.

Asturies reached the highest level at the Interceltic Night 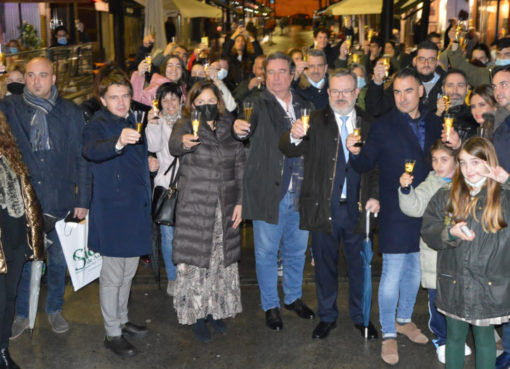