Nava’s City Hall has released the rules for the poster contest of the “XXXIX Nava’s Cider Festival 2016”.

THE CIDER.- One more year there is this contest to give Nava’s Cider Festival a poster. The deadline to present the posters is April 29th (included) and there should appear the text: “XXXIX Festival de la Sidra Nava, 2016 8, 9 y 10 de julio”. Unaccountably and unjustifiable the rules do not allow the version in Asturian.

The contest is a reference for its features and usually has an important participation. It gives a € 1.500 prize for the author or authors of the winner poster, but in the rules doesn’t appear the date of the decision.

LA SIDRA’s Photography Contest has been recognized by the NCP

Presentation and pairing of Conservas Costera

Gwendal and cider in Mieres 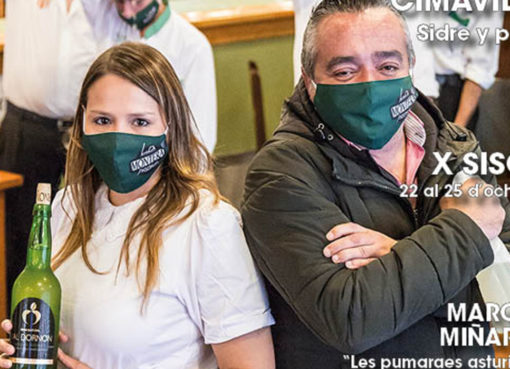