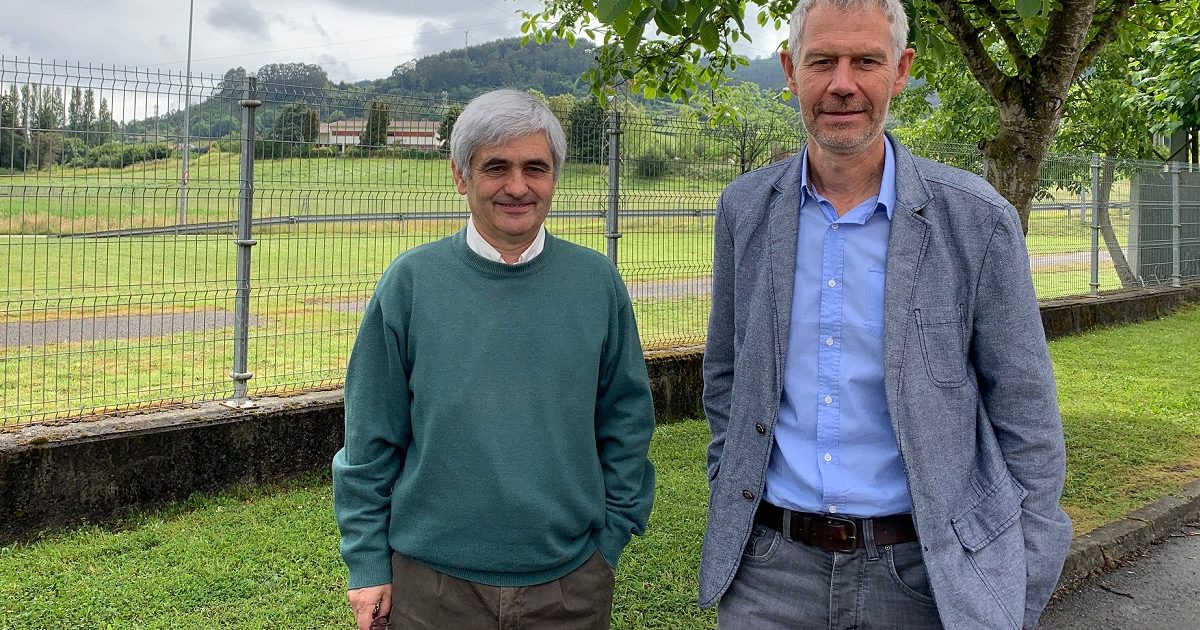 The training was given by Jean Charles Cardon, cider apple expert from Normandy and Enrique Dapena, from SERIDA, who announced that, possibly, by 2021 new varieties of regular production could be offered to growers who “are already planted ”

LA SIDRA.- The Apple Cider Operative Group, which includes SERIDA, today organized the second of the Training Days on Strategies to Regularize the Production of Apple Cider. The first part took place on June 12. The place chosen to carry out both meetings was at the IES Víctor García de la Concha in Villaviciosa.

This session has been devoted to deepen the biological origin of the alternation, chemical thinning, and alternatives to it. Today’s training was given by Jean Charles Cardon, expert in cider apple of Normandy and member of the Agrarian Chamber of that region.

He has explained the different strategies that have been used in his country for the thinning of the apple trees; and also, its possible alternatives in organic production such as calcium polysulfide, Prev B2 or rapeseed oil.

On the other hand, the first session, that of June 12, was dedicated to tree driving and regulation of the fruitful load; or the new varieties of regular production of the SERIDA Improvement Program.

On this matter, Enrique Dapena, responsible for the fruit program of SERIDA, has indicated to this magazine today that these new varieties are the result of years of research in which lines of crosses of descending apples of varieties such as Raxao have been carried out , Perico, Coloradona, to name a few, that have mechanisms of self-clarification and regular fructification. “This year they have already been planted in two plots of producers, and we hope that by 2021, 2022 they will start to be available for the producers as a whole,” said Dapena.