J.K. Rowling, amazed at the original Christmas Tree in Xixón.

LA SIDRA.- The British writer J.K. Rowling, who showed delighted with a Scottish Christmas Tree made of creels and crowned with a crab on Twitter, got a response from girl from Xixón with a picture of the famous Cider Tree located at the marina.

In the twit she said that we had a Christmas Tree made from recycled cider bottles in town. And it is true.

Inaugurated on 25th August, 2013, concurring with the Cider Festival in Xixón that year, it is made up of 3,200 recycled cider bottles, which represent the average consumption of a hundred families a year.

It was designed to raise awareness about recycling among citizens and the firm Labaula Architects was the winner of the contest promoted by EMULSA, the local cleaning company.

Nowadays, with its cider bottles upside down simulating the pouring and a big lamp housed inside to light it up, it is one of the most alluring monuments in Xixón, together with the “letronas” (big letters with the name of the town).

And though everyone knows it as the Cider Tree, its real name is Módulo Sicera: “module” as it is a repetitive structure and “sicera” because it is the Latin word used to name cider. 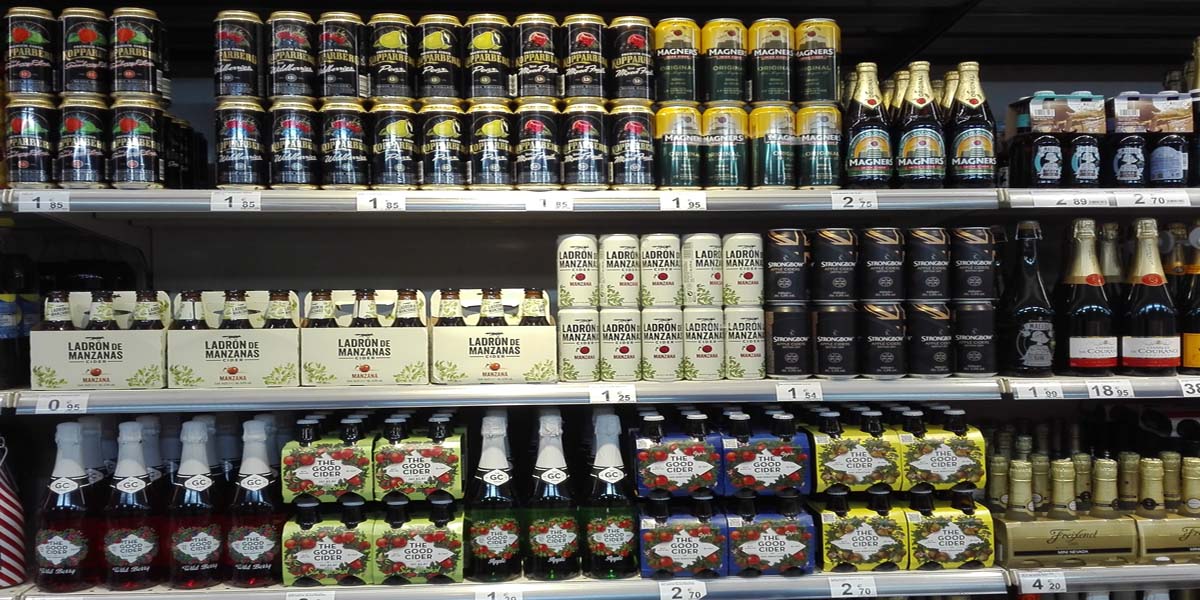