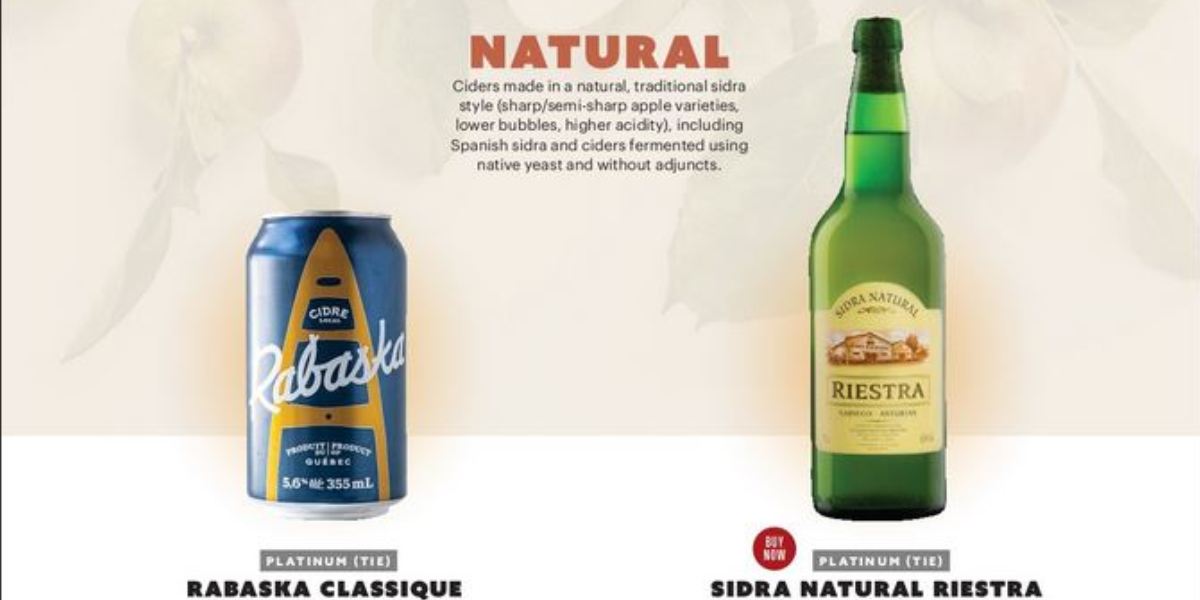 The cider mill from Sariegu won the highest award at the IV Annual Cidercraft Awards, a contest organized by an American magazine specializing in the beverage; the other producer from Tiñana, also got on the beverage podium.

THE CIDER.- Congratulations to Sidra Riestra! Its natural cider was awarded the highest recognition in its category at the IV Annual Cidercraft. A contest organized by Cidercrat Magazine, which has its base of operations in Northlake Way, Seattle, United States. As if that were not enough, this wound won one more gold award with another of his ciders. And we also congratulate Sidra Fanjul, from Tiñana, who won the silver in the same contest. The contest could be followed through their social networks: https://www.facebook.com/cidercraftmag/videos/3208098559296353/

The category in which they participated was called ‘Natural’. It is, according to the publication, “ciders made in traditional styles with sour and semi-acid apple varieties, thus obtaining a higher acidity and little presence of bubbles. This section includes ciders from Spanish territory and also those that are fermented with natural yeasts and without additives.

This cider shared a platinum award with another one, the Rabaska Classique from Les Vergers Petit et Fils, located in Mont-Saint-Hilaire in Québec, Canada. Besides, in the same category Basq in the Glory from Nueva Jerssey won a double gold, Good Clean Funk, also from Sidra Riestra, won another gold; Fanjul natural cider, from Tiñana, Asturies, obtained one silver, and the Cantabrian cider Somarroza won another silver.

All the information can be consulted in the following link of the Cidercraft magazine: https://cidercraftmag.com/

“The PDO is fundamental for the producers”