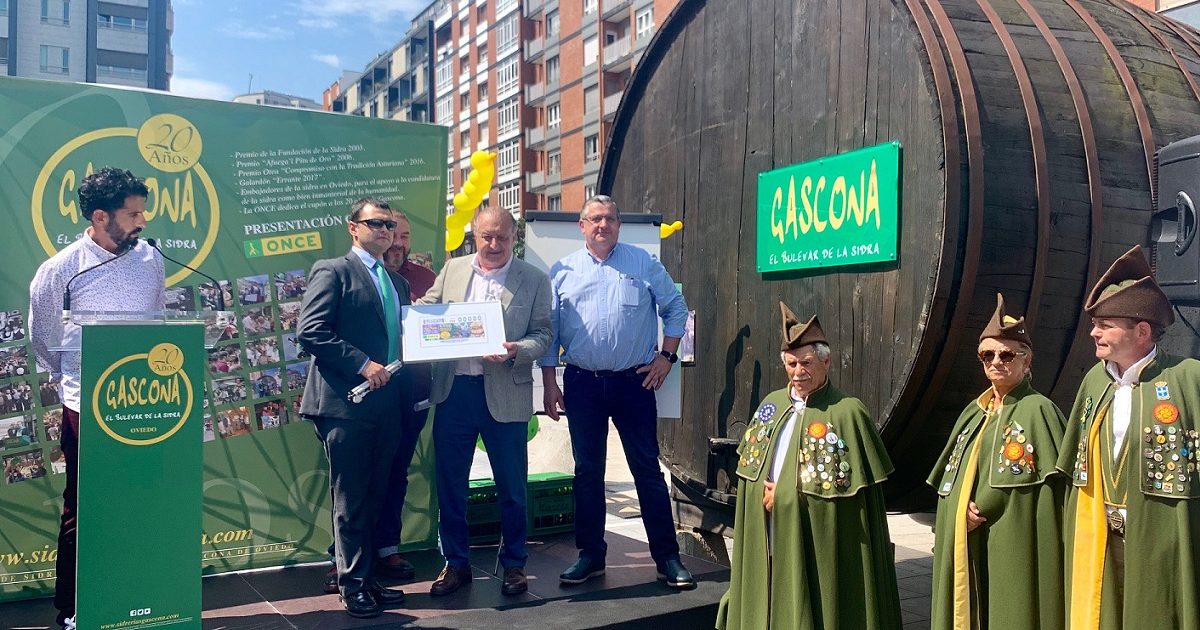 The ONCE dedicates the image of the ticket to this uvieu’s route, as well as the 20th anniversary of the Gascona Street Cider Association.

THE CIDER.- ‘The Boulevard de la Sidra’ is one of the most emblematic streets of Uviéu and one of the most visited by tourists visiting Asturies. These are just some of the reasons why ONCE has dedicated the coupon on Monday, September 2 to that street and to the 20th anniversary of the Gascona Street Cider Association. Five and a half million coupons will spread this ‘road’ cider.

Today the coupon was presented by Víctor Corrales, head of the ONCE Game Department in Asturies, and Pedro Caramés, president of the Gascona Street Cider Association. In his image the mythical road is represented full of people, next to his big pipe and the #GasconaEmociona label. In addition, representatives of the Good Brotherhood of the Siceratores of Asturies also attended the event.

The Association of Cider Bars of the Gascona street of Oviedo was constituted in April of the year 1999. At present it counts on 13 cider houses, that annually develop diverse activities. The goal is for customers and visitors to enjoy everything Asturias can offer both in culture and tradition, around cider, and other gastronomic products.

The aim of ‘The Boulevard of the Cider’ is the grouped promotion of the hotel establishments of Gascona Street, to consolidate it as a tourist point and cradle of the cider in Uviéu, which reinforces the tourist and gastronomic image of the city. 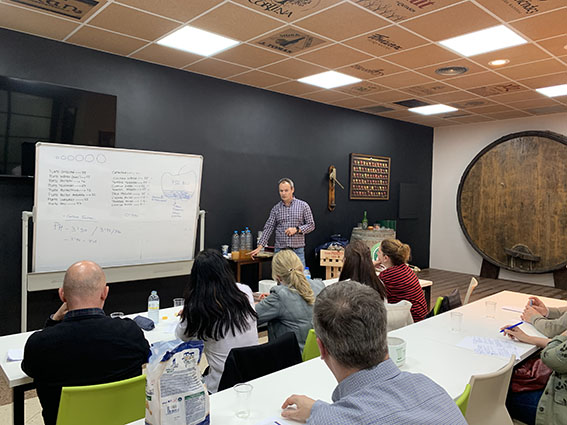 Cider in times of Covid-19 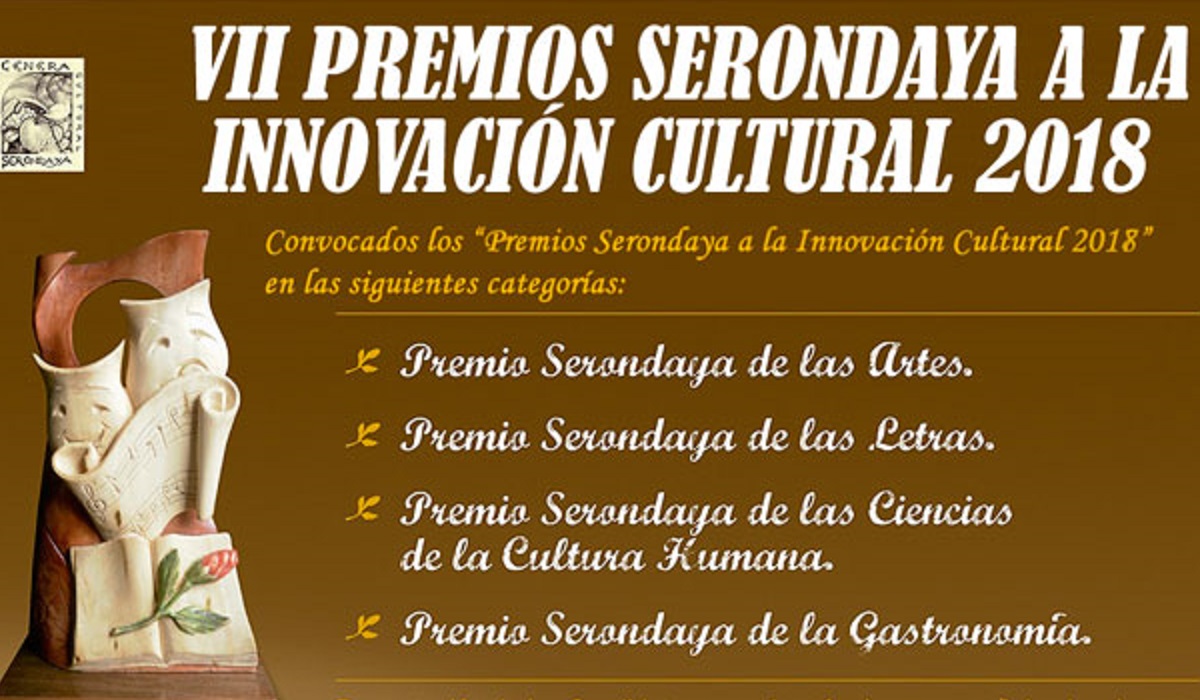