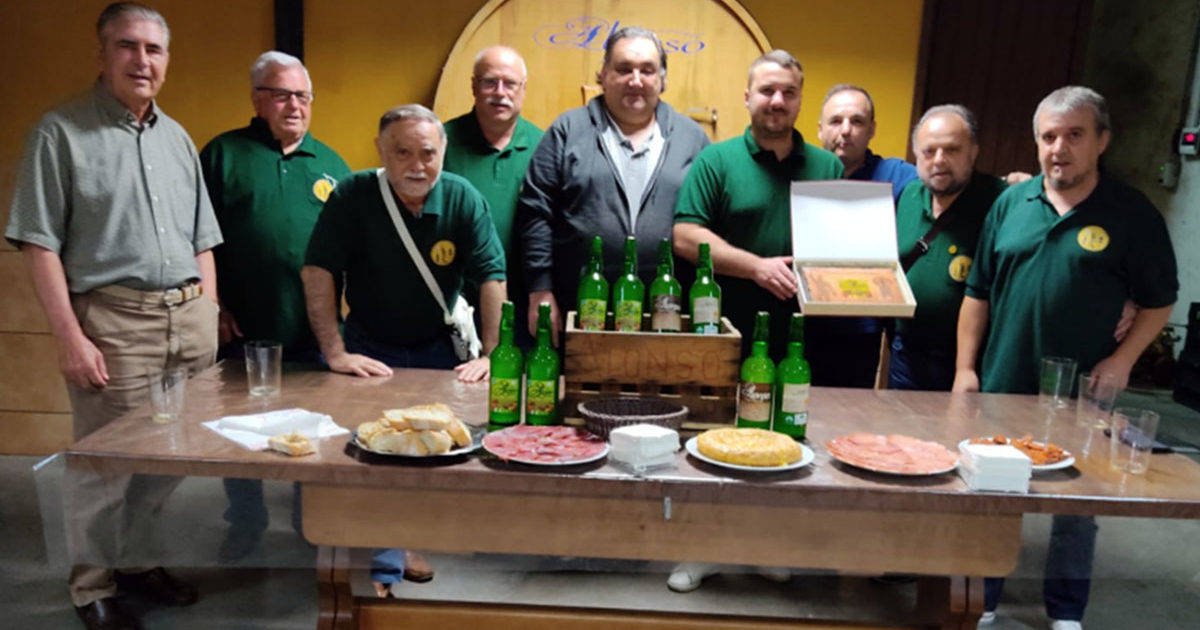 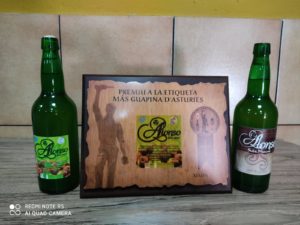 With many days of delay due to COVID 19, Alonso Cider Mill was awarded the Most Beautiful Label Award for Asturies 2019, which for a few years has been awarded by the Cider Collecting Group “SIDRASTUR”.

LA CIDRA.- The delivery of the plaque that accredits the award granted by voting among the Group’s members, usually takes place during the annual meal, at the end of March or the first fortnight of April, although this year it is not could be held for the reasons already mentioned.

This was not an obstacle to find a date and deliver the award. The delivery was made in the best framework that can be done: the award winner’s own Llagar, and the president of the Sidrastur Group, Raúl Moro, attended, who dedicated a few words to the award-winning Llagar, excusing the delay in delivery and thanking the treatment received so much by Julio Alonso as by his son Javi.

The vice president and treasurer José Ramón, “Monchu”, the Member and responsible for label control Manuel Suárez, the person in charge of collecting the labels of said Llagar, Fernando Gafo, a veteran partner who is in charge of the issues of homemade cider, the veteran José González “Pepe”, and two Council members and regular clients, Veli and Mariano.

After tasting the Alonso cider, both in the bottle and directly from the tank, as well as the new Alonso DOP cider, which turned out to be to the liking of all those present, the awarding of the award plaque was delivered, and a few words of thanks from Julio.

Later and already in the Chigre del Llagar Alonso, in Sama de Llangréu, the Alonso DOP cider was continued to be tasted and the owner of the Llagar Alonso, María del Mar Camblor, again thanked the award and placed it in a preferred place in his establishment.

In short, a very pleasant day, full of authentic cider feeling, in an incomparable setting and surrounded by people who live and feel the cider as their own.

Traditional costume to dress the tent of Asturies 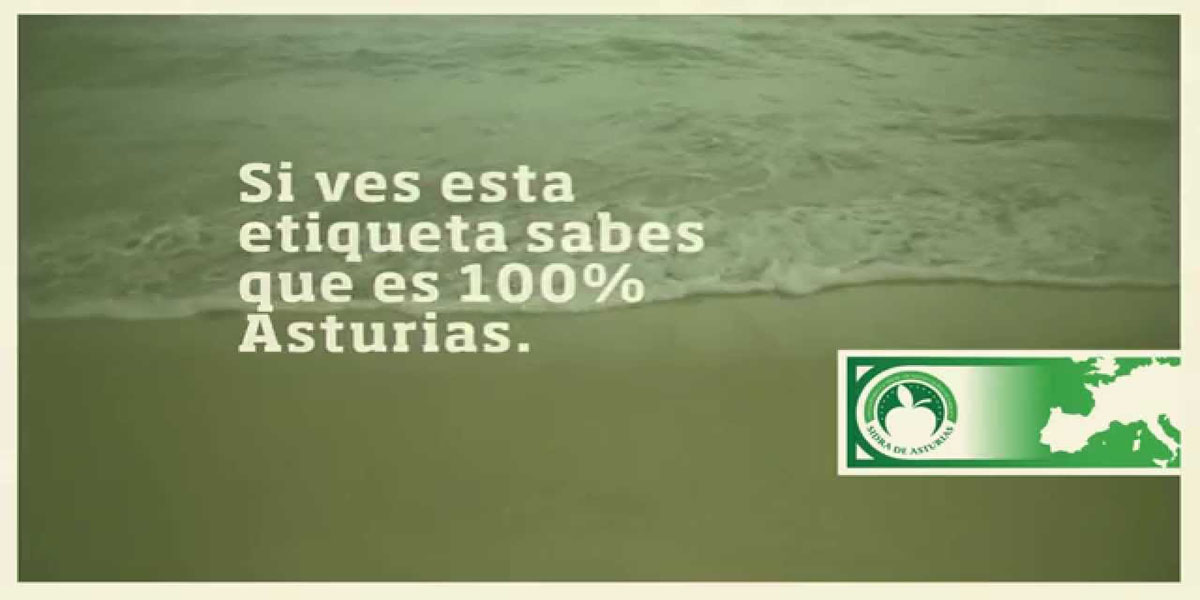