About the artificial debate on Basque and Asturian cider set by the Asturian media and the regrettable statements about it of the Counciwoman of Rural Environment Mª Jesús Álvarez, there were many responses in the social networks, and here we present David Rivas’ one because its clarity and irrefutability of his thinking.

THE CIDER.- “I fear the Asturian government!”. David M. Rivas

The Asturian government is not afraid of Basque cider with denomination. Neither do I. I fear the Asturian government. We are ruled by people who hate whatever is Asturian and that feels hatred for any single feature of identity. They made laws against the cider cultural environment two days ago even getting to put cider -thank goodness it didn’t go worward-  in the same penal statement as gin and almost also cocaine.

These were people who allowed that a lot of heritage went to Basque Country: whole cider mills, centenary casks, ancient jars, jugs and pitchers… I was myself in a Basque cider bar where there even was a traditionally really old basque cider press. I asked for it and the name they had for that kind of press. They did not know. I did: it was a sobigañu-style cider mill bought in the council of Villaviciosa.

I am not afraid of Basque people but I am of Asturian socialists and company. And also of many men who are not government. And of those industrials that cannot label in Asturian or that write in the sparkling cider “Spanish cider”.

There is where they will win us over, in the battle for identity.

Basque cider is bad and it will continue to be, but I don’t wish that for them. May the gods allow them to make it good and sell better. What I have said: I’m afraid of the people from home.

The cider mills Castañón and Alonso succeeded in La Felguera

Good confraternity of the Sicerators 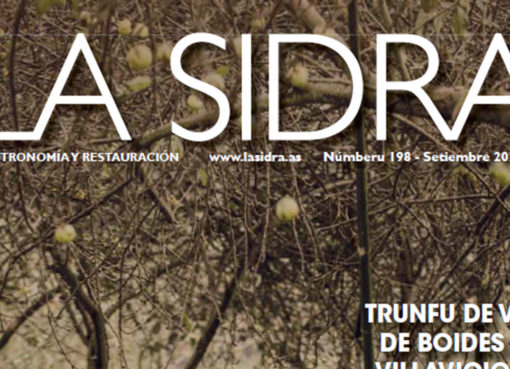