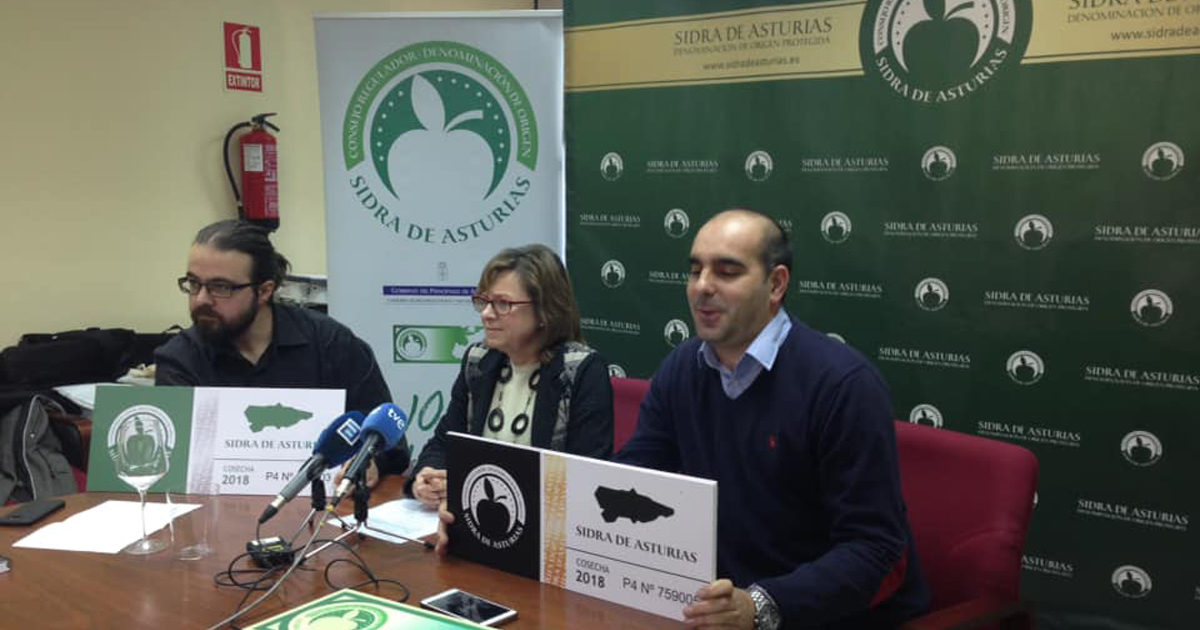 LA SIDRA.- The new back label, presented yesterday at its headquarters in Villaviciosa, carries invisible ink and a central metal band that will make it especially difficult to duplicate the image illegally. In addition, the new image -design by Juan Hernaz- presents some lines “more moderate, light and clean”. In the case of natural cider the green color is maintained, while in the case of the sparkling one they chose black and gold tones. The metal band separates the label into two parts, one in which you can read “Sidra d’Asturies”, and another with the map of Asturies, which replaces the one in Europe that was up to now. Below the label can be read the year of harvest and the numbering of the bottle.

In the words of the Director General of Rural Development and Agrifood, Mª Jesús Aguilar “It is imperative to adapt the image of the PDO Sidra de Asturies to the new times”

Thee new back label will coexist with the previous one on the market for about nine months, especially the sparkling cider, and consumers will be able to find the new design within one or two weeks. 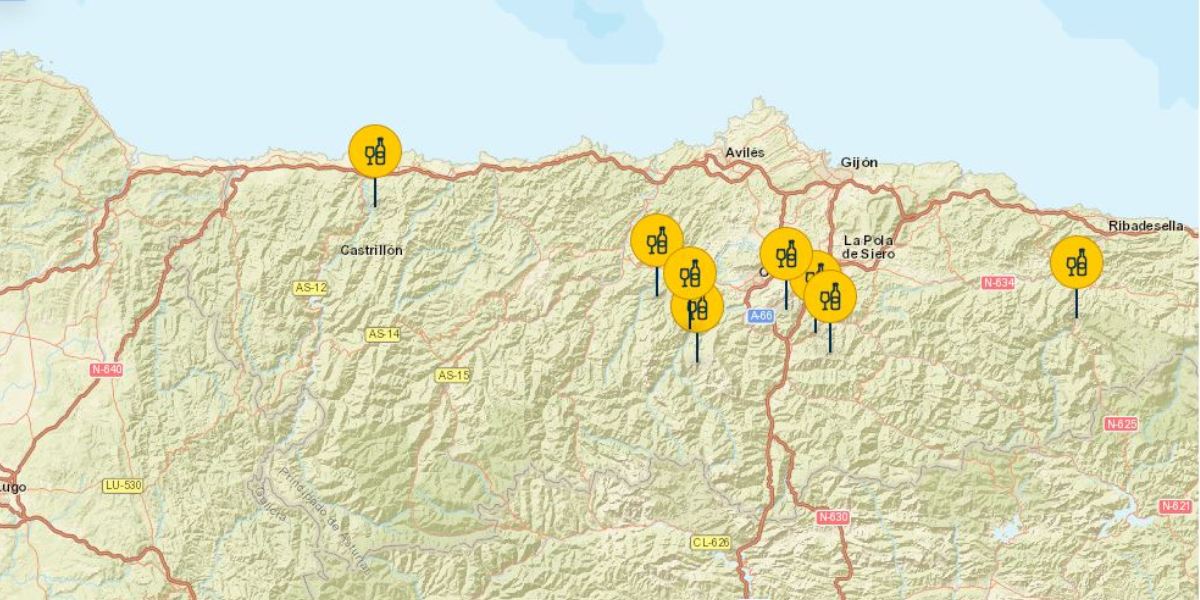