Cordelia Pickford did for her final degree project, 22 designs of cider bottles and labels, based on the names of apple varieties recognized by the DOP.

LA SIDRA.- Cordelia Pickford since she arrived in Llanes ten years ago, was known for her innovation and creativeness. Although she went to study Design in Madrid, she wanted to make her final degree project about Asturies. “This is where I learned how to paint and where I would like to have my future”. And what’s more Asturian than cider? “Thus I decided to redesign the cider bottle, which I thought it was a great base to work with, but didn’t want to lose the essence of the bottle, an icon, and I was nervious about how will it come out in the end”.

She made 22 different models of cider bottles and labels with the names of the 22 Asturian apple varieties recognized so far by the DOP. The topic, as Cordelia explains, “was chosen with the aim of naming each design as if it was the brand, using such useful and nice names of the apple varieties, which simetimes describe them by their physical appearance, origin or harvesting method”. All the designs have a strong link to Asturies since every one of them belongs to a certain aspect of Asturian culture or nature: traditional dressing, apple orchards, cider pouring, madreñes, architeture or jet, among others.

Compensation for the workers of the Cider Museum 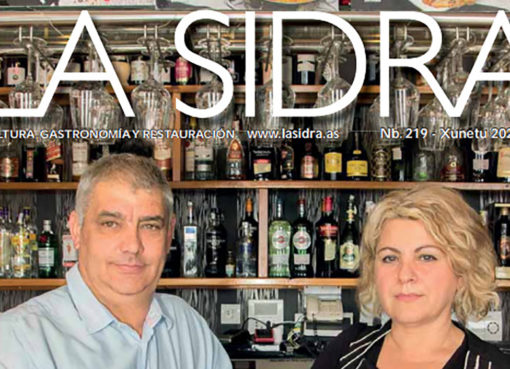